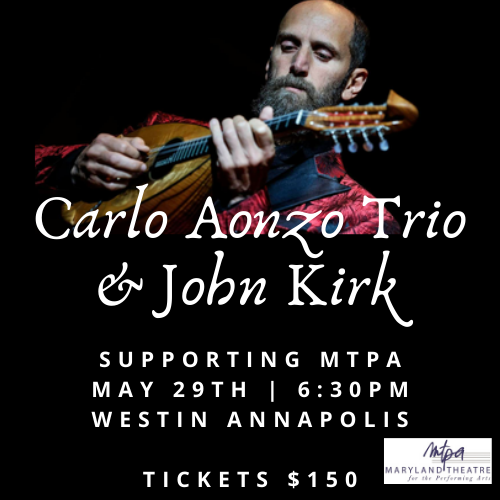 Put on your best cocktail attire and join us for an evening of music, drinks, and hors d'oeuvres, all benefiting Maryland Theatre for the Performing Arts (501(c)(3)). Be the first to learn about the new vision and future plans for the center, as well as the exciting new alliances and partnerships that have been formed!

Attendees will have the opportunity to experience a private-concert featuring the world-renowned Italian group, “The Carlo Aonzo Trio”. The Trio, featuring Carlo Aonzo on the Italian mandolin, Lorenzo Piccone on the guitar and Luciano Puppo on the double bass, has performed all over the world throughout Italy, Europe, Japan, and completed multiple tours in the United States. Aonzo has dedicated decades to honing his craft, emerging as one of the most celebrated and revered mandolinists on the planet. His expertise has garnered him countless accolades and awards and generated several top-selling albums.

The concert will focus on the roots of Italian music, enriched by the flavor of swing, jazz and elaborated rhythms. The evening will also include a special performance by American folk musician, John Kirk, who has also performed on stages all over the world, including Carnegie Hall in New York Ci

Tickets: $150 | Includes: Hors d’oeuvres, an open bar, a 60-minute concert, and a meet and greet with the artists followed by dessert and coffee.

Thank you to our event sponsors! 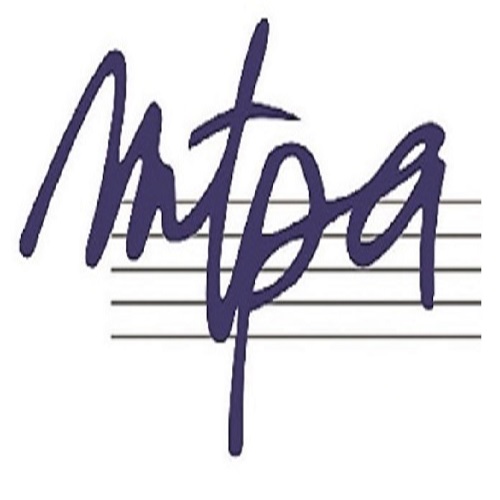