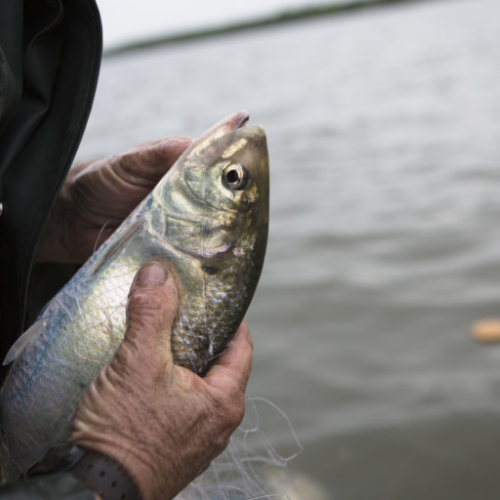 Seven short films look at environmental issues, in the Chesapeake Bay and beyond.

Freeing A Trapped River
Directors: Severn Smith, Ben Powell, and Matt Kane
The Nature Conservancy and several state and federal agency partners have completed the first stage of a major new project to restore floodplain connectivity to a nine-mile stretch of the Pocomoke River that had been dredged and channelized in the mid-20th century. By doing so, more than 67,000 pounds of nitrogen, 22,000 pounds of phosphorus and 32,000 pounds of sediment will be filtered out of the waters of the Pocomoke River every year by the reconnected floodplains, rather than flowing directly into the Chesapeake Bay where they impair water quality. The project is one of the largest ecological restoration projects in Maryland’s history.

Shad Run
Directors: Ben Horger and Becky Harlan
Were it not for the vision and hard work of a small, dedicated group of biologists, fishermen, and school children, American shad might have disappeared from our nation’s capital forever. This short documentary film chronicles the abundance, demise, and triumphant return of a native fish, highlighting the citizens who refused to let them fade away and those who are still united by the quest to fish the Potomac’s renowned shad run.

Waterwoman
Producer: John Paulson for Outdoors Maryland, MPT
The water man who runs the workboat Some Beach out of Shady Side, MD, isn’t a man. She’s Crystal Jordan, a Chesapeake Bay water woman who during crab season, fishes about 400 pots a day.

An Unlikely Partnership
Director: Chris O’Leary
The clean energy revolution is well underway in the United States. This is the story of how a wind farm in Muenster, Texas has contributed to the local community, and how Procter & Gamble uses nearly 80% of the electricity from that wind farm to power its fabric and home care plants in the U.S. and Canada.

Zebrafish
Director: Jennifer Manner
Did you know that humans and Zebrafish share 70% of the same genes? Scientists explain how this common aquarium fish is a largely an untapped treasure trove as a model organism for understanding, treating and curing human diseases.

Pavel - I Protect Tigers
Director: Martin Stirling
Pavel Fomenko, man of the wilderness and Head of the Rare Species Conservation Unit at WWF Russia's Amur branch, is a tiger protector. The short film, shot in the snowy landscape of the Russian Far East, follows Pavel in his conservation work both out in the wilderness and at the Animal Diseases Diagnostics centre in Ussurysk, where he undertakes a forensic examination of a dead female tiger. The film, commissioned as part of WWF UK's 'I Protect Tigers' campaign, explores Pavel's relationship with the natural world and his passion for protecting the endangered Amur tiger.