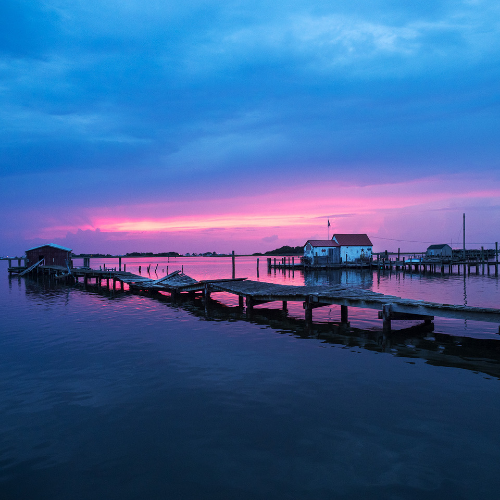 This is a film about a remarkable couple, Mary Ada and Dwight Marshall, whose lives on Smith Island personify Chesapeake Bay’s watermen, seafood harvesting culture and history. It’s also about the four children who chose to break with that tradition and why. Written by Tom Horton, the film – like his 1996 book, An Island out of Time - is both celebration and elegy for a place beset with rising sea levels, erosion, pollution, and harvest restrictions. Mary Ada’s and Dwight’s families have been on the island for centuries. Will they stay on their ancestral island or follow the example of their children and leave?

After the film, there will be a panel discussion with the Marshalls, followed by an Environmental Films Dessert Reception featuring SMITH ISLAND CAKE made by Mary Ada Marshall.

How to Make a Smith Island Cake with Mary Ada Marshall (shared from Chesapeake Bay Foundation):